Not surprisingly, Chinggis Khan airport, located just outside the capital of Mongolia UlaanBaatar (also spelled as Ulan Bator and known as UB for short), is far smaller and sophisticated than the Beijing airport - so we didn't expect there to be any problem identifying our ride. However, we emerged from arrivals to find no one. As it turned out, due to a communication blip, the message that our arrival time and location had changed (we'd originally planned to be arriving by train later in the afternoon) hadn't been communicated to the driver. Fortunately the young lady at the airport help desk spoke good english and helped us make new arrangements.

Interesting fact: Although Mongolian traffic drives on the right hand side of the road, the vast majority of vehicles - I think it'd be safe to say over 90% - are imported used from Japan, where they drive on the left. This means that almost all the drivers are driving from the "wrong" side of the vehicle. And yes, the traffic/ traffic jams in the city are horrendous.

After a night in UB, we were taken north of the city to spend a few nights with a traditional Mongolian herding family, living in a ger. Once out of the cit, the road became a path filled with lumps, bumps and large rocks. And livestock roaming around freely. Another really good reason not to drive oneself. 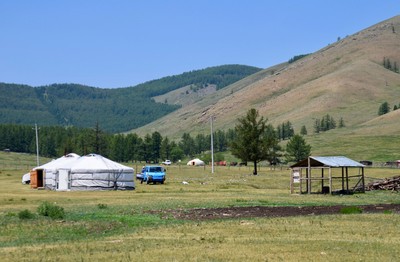 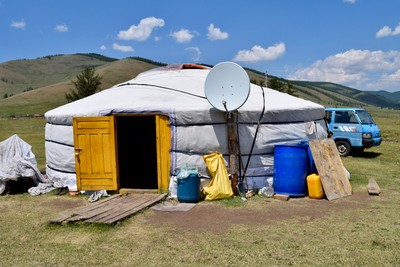 Our ger stay was very relaxing and we enjoyed the chance to "chill" for a few days. But it didn't take us long to come to the conclusion that we would enjoy our chilling much more if we had a few beers to quaff whilst we lounged. The problem, how to get to the village down the road to purchase said beer? Fortunately, one of the young Mongolian horsemen had a car and speaks good english, so we asked him if he'd give us a ride into the village (less than 5k away, I think) and take us to a beer retail establishment.

This resulted in one of the several surreal moments that we experienced on our trip. Cilla & I ended up in the backseat of the car with the two young men in front, seemingly flying down this crazy "road", weaving and dodging potholes, rocks, sheep, and goats, to get to the store. But damn, the beer sure tasted good afterwards! 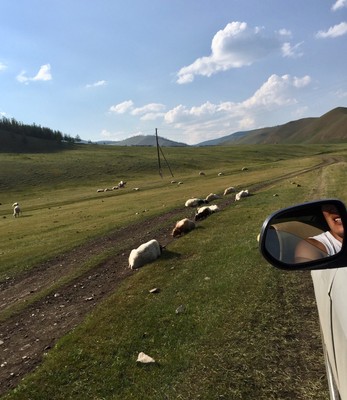 Mongolian Agriculture:
Agricultural practices in Mongolia continue to reflect the nomad herder culture. For example, while calves are separated from cows, at milking times, the calves are reunited with the cows. The cows are milked first by a human and then the calf is let loose to finish up. It's been a very long time since I've milked a cow by hand (or by machine for that matter) but I figured I'd give it a go. I think the herders were relatively impressed that I knew how! 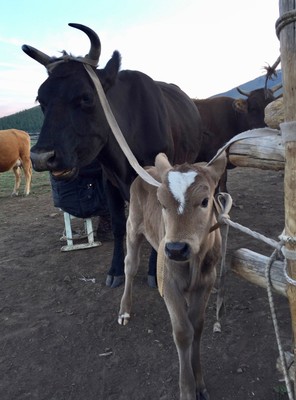 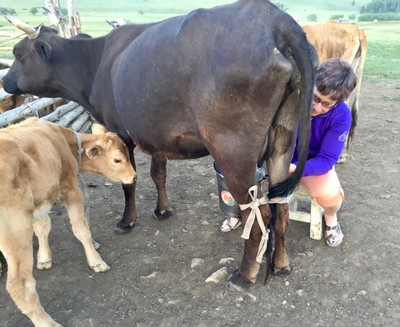 One of the days at the ger, one of the horsemen, Hunduug, took us out on a ride to visit a mare milking operation. Unfortunately, I didn't think to bring a camera with me on that ride, so I don't have any pics, but, in short, the operation ran about the same it would have with cows. The mares and foals are separated during the day, and at milking, the mares are milked by hand and then the foals reunited with the mares to nurse. The mares milk is used to make Aireg, a fermented, slightly alcoholic drink. Cilla & I both tried it - and found it to be much better than we expected.

Other ger activities:
Archery - Archery is one of Mongolia's "3 manly sports". Hunduug tried valiantly - and unsuccessfully - to teach me how to be an archer. It was fun though! 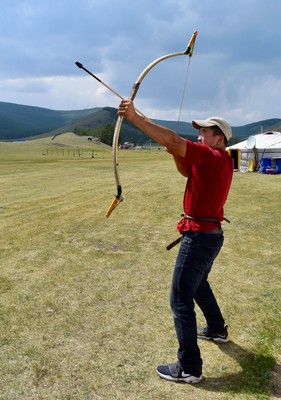 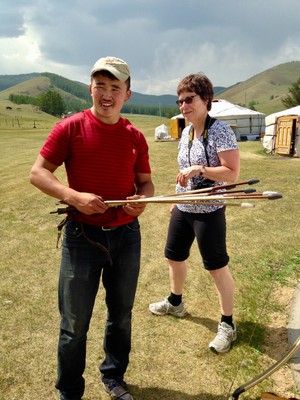 Laundry: I purchased a funky "washing machine" before I left - ie, a rubber bladder with rough "scrubby" interior, in the (correct) anticipation that a) we'd need to wash, at the minimum, underpants and b) there might not be a sink to wash in. It worked great! 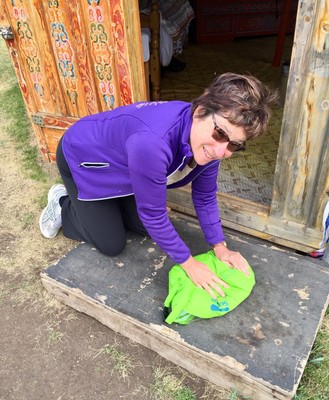 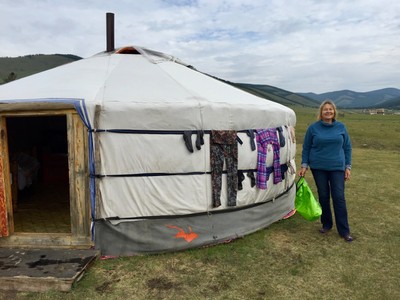 Scenery:
Mongolia is breaktakingly beautiful. Our ger stay gave us a first glimpse of what was to come once we headed out on horseback. (Yes, those are sheep and goats all around our gers. All the animals roam free so, at any moment, there might be sheep, goats, cattle milling about.) 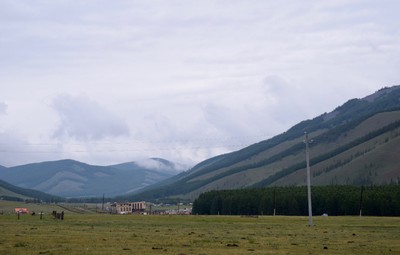 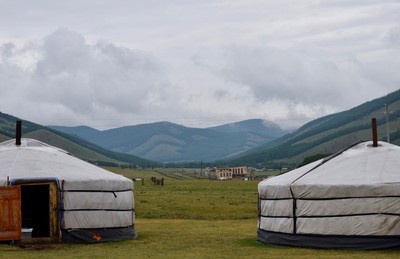 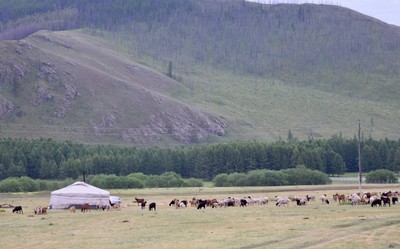 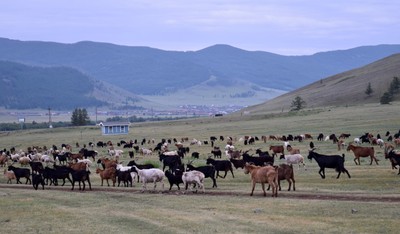 Posted by Liveitup 03:53 Archived in Mongolia

Previous Next Table of contents

Comments on this blog entry are now closed to non-Travellerspoint members. You can still leave a comment if you are a member of Travellerspoint.

If you aren't a member of Travellerspoint yet, you can join for free.