After the ride was completed, our whole group of 7 riders all headed back to UB to attend the three day Naadam Festival, a traditional festival and one of the biggest events in the Mongolian calendar. The three day event officially celebrates the Mongolian Revolution and independence. The Naadam Festival celebrates the "three games of men": archery, horse racing, and wrestling.

The Festival starts with a formal opening ceremony complete with horses, bands, and soldiers. 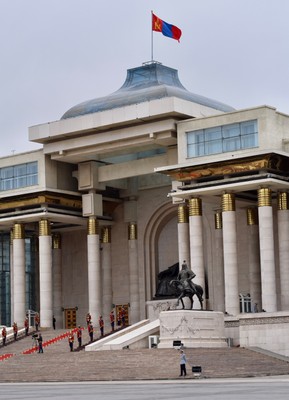 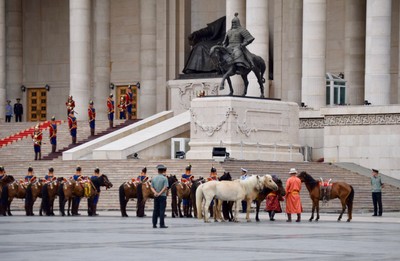 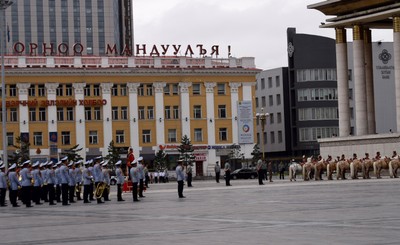 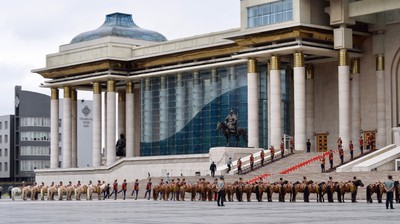 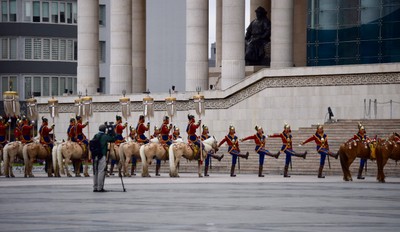 After the opening ceremony, we went out into the country to see the horse racing. Unfortunately, the race we were planning to see was delayed by several hours and, as the weather was really uncooperative (we were all freezing), we returned to the city without actually seeing the race. The race we'd expected to see was 24 km long. And yes, the horses do gallop for 24 km.

Although we missed seeing an actual race, we did, however, tour the grounds and had the opportunity to partake of some Mongolian culture, including watching some women make dumplings from scratch and then eating the fare for our lunch. 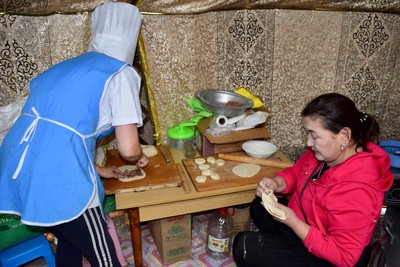 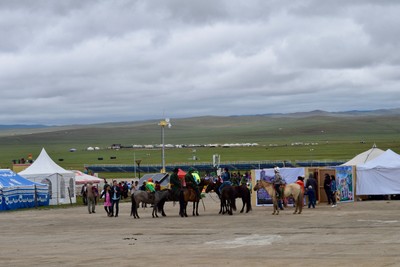 We also got to see Airag (fermented mare's milk) being made in a horsehide container, and to sample the end product. It's surprisingly tasty, but as it's a notoriously effective laxative, I was very conservative in my consumption. 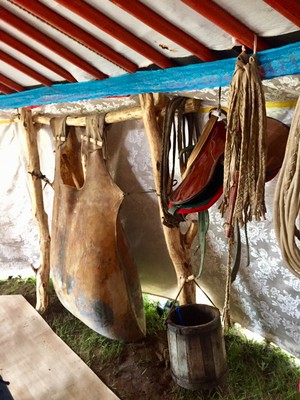 Over the next the couple of days, we attended the archery competition and saw some of the traditional wrestling. 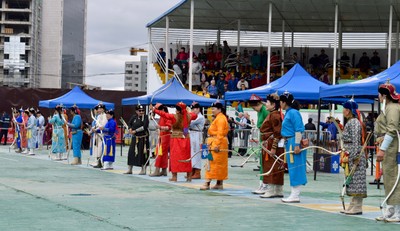 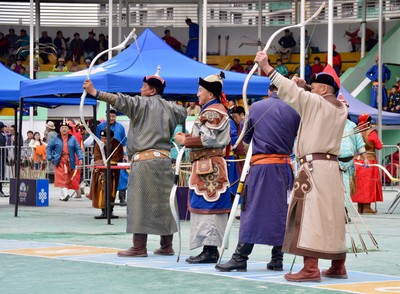 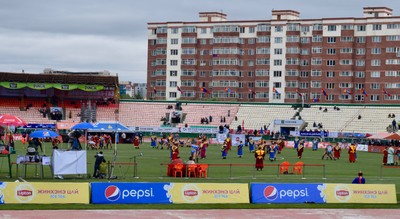 We also witnessed some gentlemen participating in a traditional knucklebone shooting competition. I never did fully understand the rules, but the crowd would sporadically cheer or jeer as the knucklebone shooters made their plays. 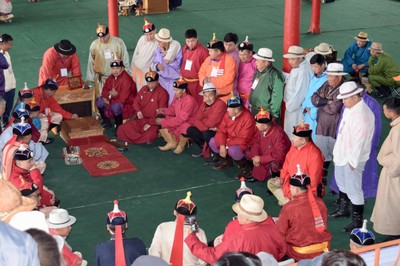 Perhaps the most memorable Naadam event we attended was the fireworks. It was amazing - a spectacular display to music that just went on and on and on. Words can't describe it, other than to say it was a real highlight of our whole trip, not just the Naadam component. Fantastic. 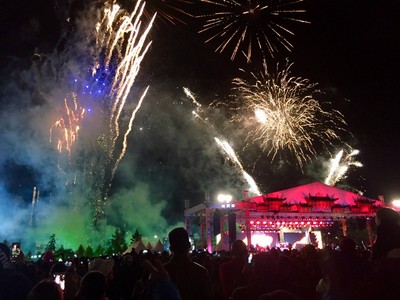 After Naadam, we all said our good-byes. Cilla and I prepared for the final leg of our adventure, Seoul.

Posted by Liveitup 08:46 Archived in Mongolia

Previous Next Table of contents

Comments on this blog entry are now closed to non-Travellerspoint members. You can still leave a comment if you are a member of Travellerspoint.

If you aren't a member of Travellerspoint yet, you can join for free.